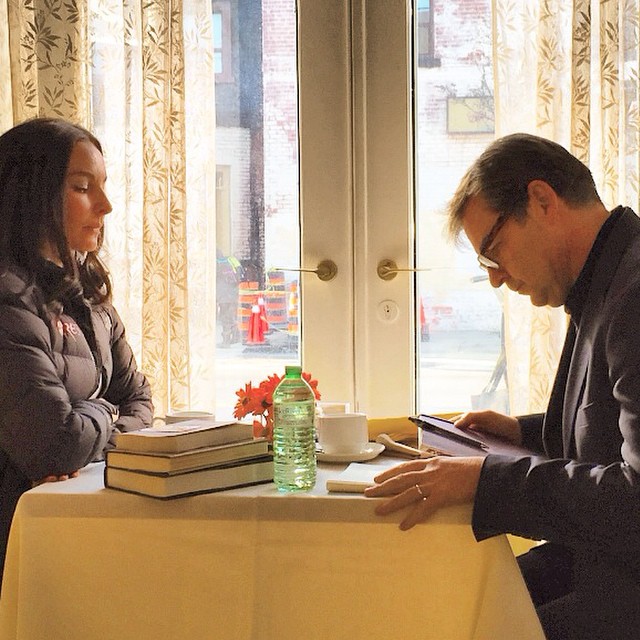 The film is based on the semi-autobiographical final novel of Carol Sheilds’s career.

The story is of forty-four-year-old Reta Winters, who is a wife, mother, writer, and translator.

Reta Winters has many reasons to be happy. Her three almost-grown daughters. Her twenty-year relationship with their father. Her modest success as a writer. Then, suddenly, all the quiet satisfactions of her well-lived life disappear in a moment – her eldest daughter Norah suddenly drops out of college, runs from the family and is found on a Toronto street corner, with a hand-lettered cardboard sign reading ‘Goodness’ on her chest. Unless follows Reta and her family as they struggle first to ‘rescue’ Norah, then to understand her incomprehensible decision in taking this strange path.

Speaking of the film, director Alan Gilsenan, who also adapted the book, says, “Carol Shields’s Unless is her surprising, moving and angry swan-song, a book both for our time and very much of our time. It is a real honor and delight to be finally bringing it to the cinema screen with such an extraordinary cast.”