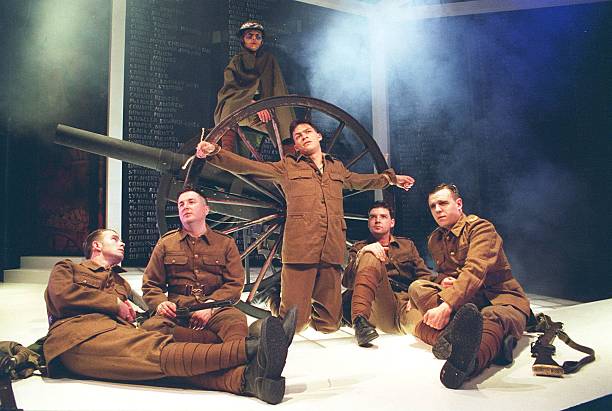 A tragi-comedy in four acts, the play chronicles Harry Heagan, a Dublin footballer whose skill wins his club the ‘silver tassie’, or cup, three years running. However, he is seriously wounded in the Great War, losing both the use of the lower half of his body and his fiancée, Jessie.

He ends up in a wheelchair at the football club dance. At first, he bitterly confronts Jessie and her new lover, Barney, who earned the VC rescuing him under fire, but then he discovers resignation and a deeper heroism.

The play is semi-expressionist, some of it marked by O’Casey’s characteristically humorous observation of Irish eccentricity and fecklessness, even as the second act attempts to evoke the war’s horror and suffering. 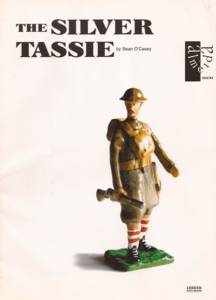 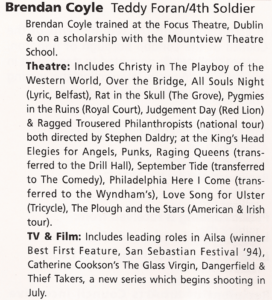 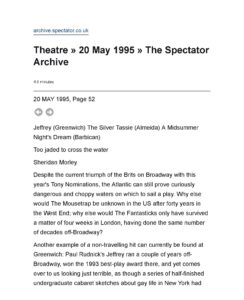 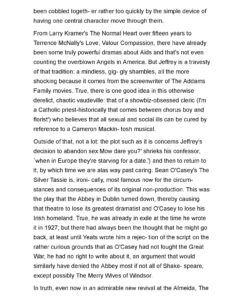 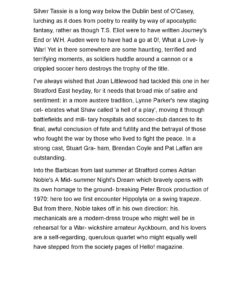