In Victorian England a Puritan sergeant and his three men (who are all deserters and tired of fighting) return from a bloody colonial war, to their colliery hometown.

They have with them their rifles, a Gatling gun and the corpse of ‘Billie’, one of their own killed in the fighting. As they arrive In the town, a strike at the colliery is on the point of erupting into violence.

The Sergeant promises the Mayor his men will bring the situation under control and remove the trouble makers. A barmaid further adds to the confusion and things do not go as planned. 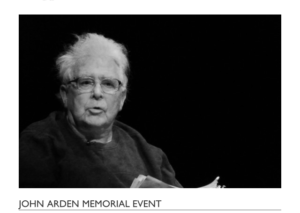 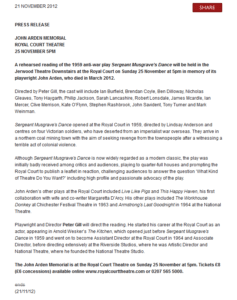 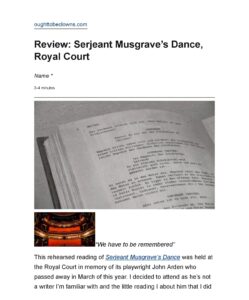 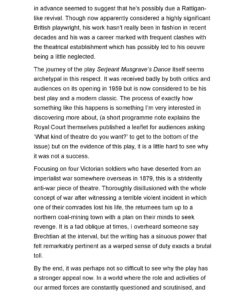 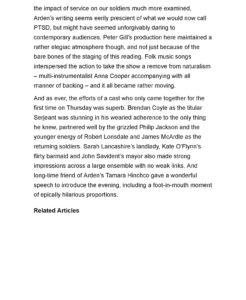