The play starts with a Belfast murder of 1991, and swiftly moves back to 1871 and an unsolved crime involving the servant-girl of one of the modern city’s first fathers.

Hutchinson brings together his Victorians and his latter-day policemen in an attempt to sort out whether anything can ever be done about the domestic and political violence of the city, or whether the only possible personal solution is to catch the nearest boat or plane west or east.

RUC photographer Washburn cracks up, becoming obsessed with an unsolved death from 1871 and linking it with the recent murder that pushed him over the edge. His lover has to contend with this and with religious apartheid in police circles.

The same attitude stymies Victorian Dubliner Dr. Mulcahy in his (simultaneously unfolding) attempt to solve the earlier death. Both protagonists also grapple with the ramifications of migration to and from the province. 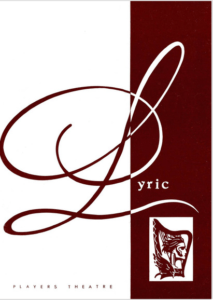 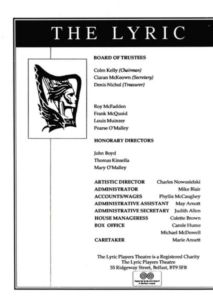 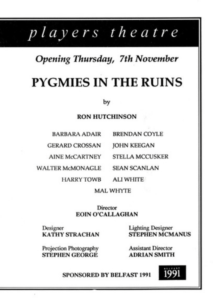 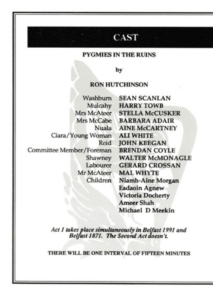 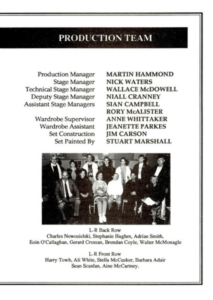 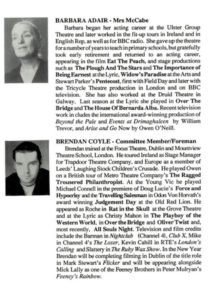