British period drama chronicling the story of the Crawley family and their servants in the early Twentieth Century. The Crawley family goes on a grand journey to the South of France to uncover the mystery of the dowager countess’s newly inherited villa. 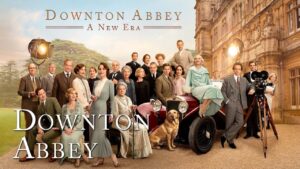 Downton Abbey: A New Era Behind the Lens-1

Downton Abbey: A New Era Behind the Lens-2